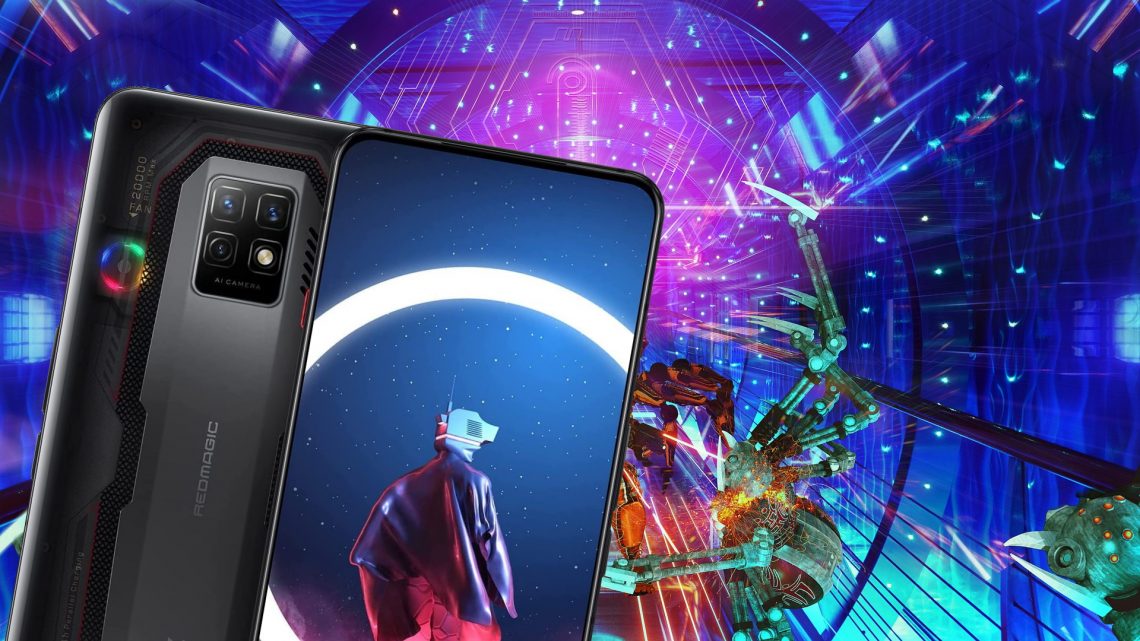 Introduced in April 2022, the RedMagic 7 Pro is the latest smartphone from RedMagic, a gaming sub-brand of Nubia Technology, a Chinese smartphone manufacturer headquartered in Shenzhen, Guangdong. RedMagic is dedicated to gaming devices precisely, and therefore its mission is to offer all the latest innovations in the mobile field dedicated to fans of video games.

The design of the RedMagic 7 Pro, as for other gaming smartphones, is a bit more dynamic. Looking at the rear, it consists of a plate that runs along the central axis, surrounded by a transparent/smoky cover from which you can glimpse the RGB fan and a text listing the components that equip the smartphone, written down on an internal cover. On the front, the 6.8″ FHD Full-Screen AMOLED display is presented without any interruption since the device uses a UDC (under-display camera) front camera.

The display is certainly one of the strong points of the device. The screen delivers beautiful HD+ visuals, showing excellent color quality, with the DCI-P3 color space coverage, in various situations of use, especially in games. Its fluidity is also good, thanks to a maximum refresh rate of 120Hz, adjustable via software on 3 levels (60-90-120). Its touch sampling rate for multi fingers of 960Hz allows for delivering ultra-fast touch and precise response, giving you an obvious competitive edge while gaming. This device has also an under-display Fingerprint Sensor, which can also be used to measure your heartbeat.

The stereo speakers are capable of offering good sound quality for listening to music, watching streaming videos, and during gaming sessions. The 5000mAh battery offers a good duration with normal use, which obviously is significantly reduced with prolonged gaming time, but on the one hand, the phone alerts you when the settings in use can lead to a faster discharge, for example when setting the screen brightness at high levels, or setting the highest performance level of the SoC, on the other hand, it is certified 65W GAN charger and supports 65W fast charging, certainly not among the highest available on the market today, but it allows you to completely recharge the phone from completely discharged in about 45-50 minutes. RedMagic 7 Pro is also 5G, SA+NSA dual-mode, enabled, and supports all key regions up to 3.0 Gbps uploads, and up to 7.5 Gbps downloads. WIFI 6E is up to 3.5Gbps. Thus you can download the latest games and videos easily at gigabit speeds and play almost instantly.

Being a device that aims to give maximum performance to gamers, the SoC chosen is Qualcomm’s Snapdragon 8 Gen.1, the same one used today by the flagships of top brands, which is flanked by 16GB of LPDDR5 RAM and by the RedCore1, a dedicated chip that manages the audio sector, haptic feedback, and RGB lighting, if the variant of the device foresees it, thus reducing the load on the CPU. Even on the RedMagic 7 Pro, as in many other high-end smartphones that use it today, the chip performances are confirmed to be very high. Thanks to a CPU that clocks in at nearly 3G Hz, the smartphone does not show any signs of hesitation even during the most intense game phases, not even when playing and recording videos at the same time.

The ICE9.0 multi-dimensional cooling system developed by RedMagic combines 9 layers dedicated to cooling between passive systems (composite graphene, VC heat dissipation plate, air aluminum box, air conducting gel, etc) and active ones as the fan at 20000 RPM. The aerospace-grade phase change materials (PCM) are able to store heat and release it slowly so you feel less heat from the phone while playing, while the high-speed built-in turbofan accelerates the dissipation of heat produced by the CPU and GPU, thus avoiding the risk of throttling. The default fan is activated automatically both when starting a game and during charging, allowing, in the latter case, to limit the smartphone overheating when it is being charged.

The two haptic motors positioned symmetrically at the two corners of the left side of the device are capable to deliver a more immersive experience.

The right side of the smartphone mounts two touch triggers, with sampling at 500Hz. They are conceptually similar to the rear keys of the controllers, which can be configured in a personalized way to replace some interactions with the screen. They can’t be managed directly by the games, thus before being usable, the point of the screen on which the touch will be simulated when the physical key is used must be configured. You will be able to also configure the type of touch (single tap, long touch, etc).

However, to make the RedMagic7 Pro a gaming smartphone is not only its hardware but also the software: the RedMagic OS5.0. The RedMagic OS5.0 is based on Android 12 and integrates various game support features, which go far beyond the common “Gaming Mode” present on other smartphones. They offer extensive control of the device, being able to choose between 3 levels of performance, and in-game assistance features, including the “Game Space” a mode that only gives access to gaming apps, thus transforming the smartphone into, no more, no less than a game console, and which can be activated via a physical sliding button on the left side of the smartphone.

The software developed by RedMagic allows you to avoid interruptions or problems in the game caused by accidental touches, such as touching the lower corners with the palm of the hand (goal achieved by deactivating the touch in those areas) or swipes that open the notification bar (goal achieved by requiring a double swipe), or from calls and notifications (goal achieved by activating relative blocks). Among the various features designed to assist the player in the game, there are on-screen notes (both textual and graphic), customized timers (for example to keep notes of buff/debuff), macros, and aiming assistance, the feature that tries to even the gap between mouse and controller players by snapping the crosshair closer to targets and especially useful in FPS (First Person Shooter) and TPS (Third Person Shooter) games.

The RedMagic 7 Pro has a very specific target audience in mind, therefore it is a device slightly different from others in the same price range. For this very reason, it is perfectly able to best satisfy the wishes of players of all levels.